May 14, 1992 Astronaut Kathy Thornton set a women’s spacewalking record of 7 hours 45 minutes, twice as long as the previous record. 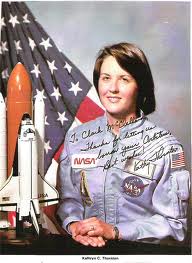 May 15, 1988 The movie SHADOW OF THE SUN was released, featuring Stephanie Powers as African aviatrix Beryl Markham.

May 17, 1931 Dorothy Hester Stenzel flew 62 loops across the Omaha, Nebraska sky, setting a world record. With each loop she maneuvered the control stick with one hand and a wobble pump, to keep fuel flowing while upside down, with the other.

May 18, 1938 Though engaged to another man, swimming champ Katherine Rawls eloped with pilot Theodore Thompson and began operating the Thompson School Of Aviation in Fort Lauderdale, Florida. During WWII Katherine volunteered for the WAFS and ferried military cargo. 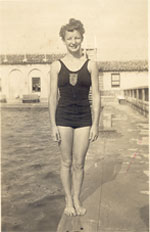