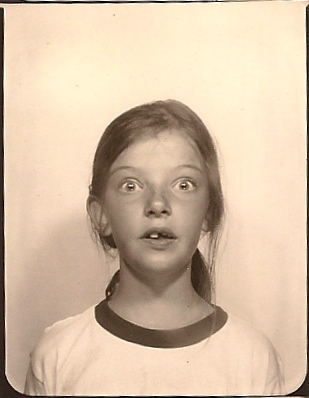 How did you get the idea for SOAR, ELINOR?

I grew up in a family of pilots—my dad, my mom and even my little sister flew small planes—so it feels like I’ve always “known” pioneer aviatrix Elinor Smith. Elinor was a record breaking pilot who did some of her most amazing flying as a teenager. Early one morning, while my eyes were still closed,  the words SOAR ELINOR hit me, almost commanding me to tell Elinor’s story.

Once the idea came to you, what happened next?

I bolted up in bed, grabbed a pen and a skinny piece of paper I use for making to-do lists, and scrawled Soar Elinor at the top with world’s youngest pilot underneath. Later that day, I began to research, first reading a variety of books about women pilots I have in my own collection, then surfing the internet. By that afternoon, I’d contacted the archives at the Smithsonian National Air and Space Museum to see if they had materials about Elinor and her career. And they did! Scrap books, paintings, old magazine articles! It was a treasure trove. The archivists were wonderful, helping me search for even more.

I’m lucky to live in Washington, D.C. so I could visit the Smithsonian and the Library of Congress often. Whenever I had a question—what does the engine of a Farman pusher biplane sound like? How does the throttle on a Waco 9 work?—there was always someone at the Smithsonian or another aviation museum, airport, or flying club ready with an answer.

What was the most challenging part of writing this book? The most rewarding?

Elinor accomplished so much at such a young age! It was hard to decide which record to focus on. Should I tell the story of her altitude record (she was probably the smallest and lightest pilot in the U.S., so she could push her planes higher into thin air than anyone else)? Should I write about her endurance record, when she stayed in the air for hour after hour in the freezing cold, until even the hot chocolate in her thermos was frozen solid? Should I tell about the time she became the first woman to refuel a plane in mid-air? Sadly, a picture book isn’t long enough to include everything. I wrote each of these separate stories and shared them with my writing friends, teachers, and finally my editor. We all quickly agreed that Elinor’s flight under the East River bridges was the one story that absolutely had to be told.

The most rewarding part of this book’s journey was meeting Elinor Smith. I traveled to California, where ninety six year old Elinor let me look through her photo albums, posters, letters, and other mementos. Some of those photos are reproduced in the book’s authors note. I even wore her flight helmet! I talked to Elinor and her son Pat Sullivan for hours, learning more about her life, her family, and the early days of flight.

How is writing non-fiction different from writing fiction?

I love writing fiction, too! The biggest difference between writing fiction and non-fiction is (obviously) with non-fiction you can’t make anything up! But it gets tricky when describing scenery or including dialog. Every detail has to be researched and confirmed. Luckily I uncovered plenty of fascinating details that supported Elinor’s story. I even found antique paint charts with exact color samples for each of Elinor’s planes. I was so lucky to get to talk to Elinor. She remembered small things, like the smell of the airplane’s engines, and the words Charles Lindberg said as she flew off for the bridges. I was able to include all that in the book. Not one line was made up.

How did the illustrations come about?

Most writers have no say in who illustrates their picture books, which surprises a lot of readers. They think I drew my own pictures, or approached the publisher with the pictures already painted. Not so. When my editor told me she wanted to publish Soar, Elinor! she asked how I imagined the illustrations and who I’d like to do them, but she had ideas of her own, too. We agreed that Francois Roca was the perfect illustrator for the job. He loves planes and bridges! His paintings are gorgeous! What more could we ask for?

Since I’m a pilot myself I did lots of research for the illustrations. I shared photographs from Elinor’s personal photo albums with Francois and although the pictures in Soar, Elinor! were completely Francois’ inspiration I was very lucky to participate in this small way.

One great example is the painting Francois did of Elinor climbing the bridge supports on the Brooklyn Bridge in preparation for her flight. Elinor herself joked that she’d “hung by her heels” to get a better view. We knew she hadn’t literally hung off the bridge, but we wanted to show she went to extraordinary lengths to inspect the bridge and make her flight as safe as possible. But what would that look like? Finally, I found a photo of Gene Kelly dancing on those same supports on the Brooklyn Bridge in a classic Hollywood movie. Our editor sent the photo to Francois and he used it as inspiration for his painting in the book. I love to share that movie image alongside the book illustration when I speak to school groups. You can see that photo here. Notice the Empire State Building in the background of that movie still? The building hadn’t been built in 1928 when Elinor inspected the Brooklyn Bridge so of course there’s no Empire State Building in SOAR, ELINOR. Francois was careful to make every detail historically accurate.

What’s the best piece of writing advice you’ve ever received?

Everything you put on a page should be your best work. No sloppy writing ever. Every time I write- whether it’s an email or a chapter for a novel- I’m building my “writing muscles” and training for the next thing I’ll write. I always try to do my best.

What advice do you have for young writers?

Have fun with writing! Get a little silly. Go out on a limb. Forget grammar rules sometimes and just express yourself.

Do you have a writing routine?

I’m a full time writer, so generally I begin writing as soon as my son gets off to school in the morning. At any particular time, I’m usually working on two or three books—some nearly finished and others at the brainstorm stage. When you aren’t writing, what are some of your favorite things to do? I confess I love to sneak onto the Internet, check my emails, read a few writing blogs. That can be really distracting so I usually disable my internet connection for a few hours every morning. Otherwise I’m liable to look up and notice it’s lunch time without a word on the page. I have a great dog, Murphy Brown, and she and I go on lots of walks. I also love getting together with my friends. Most of my friends are writers, so we have lots of stories to tell.

How do feel about flying in airplanes?

Are you kidding? I LOVE AIRPLANES. I’ve loved them all my life. When I was in second grade my school was next to a small airport. Every afternoon I daydreamed to the sound of airplanes taking off and landing, so for me, imagination and airplanes will always be bound together. When I grew up, I became an airplane pilot and even owned my own plane for a while. I was absolutely thrilled to get the chance to fly a plane similar to Elinor’s when I was writing this book. Did I say I LOVE AIRPLANES!