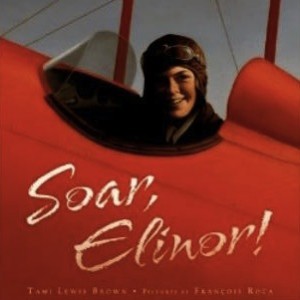 When old timers said airplanes were for men and boys ten-year-old Elinor Smith didn’t listen. When they said she couldn’t fly under New York’s East River bridges she said “Yes, I can!”

Elinor climbed into the cockpit, broke world records and became a teenaged test pilot. In 1930, The New Yorker Magazine said “(F)eminism would do rather well to claim Miss Smith.”

SOAR, ELINOR! is the true story of daring pioneer pilot Elinor Smith. It’s beautiful illustrations were painted by Francois Roca and was published by Farrar, Straus and Giroux. 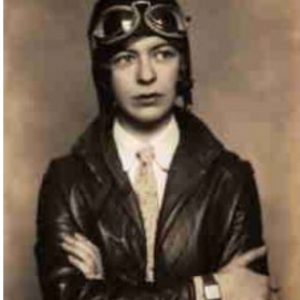 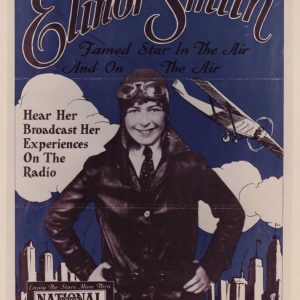 “Some people were born to fly, and Elinor Smith (1911-2010) was one of them. In her assured picture-book debut, Tami Lewis Brown introduces Elinor as a 6-year-old begging to ride in a biplane…[A]erial feats to merit a sequel to this book.” – Washington Post

“This is an excellent introduction to a lesser-known but fascinating adventurer.” — School Library Journal

“Inspiration soars from every page.” — Booklist