August 13, 1930 Laura Ingalls performed 714 barrel rolls, breaking both the women’s and men’s record. A barrel roll is a tricky maneuver that combines a loop with a roll, with the plane’s wheels traveling on a horizontal corkscrew path. During the 1930’s Ingalls held more transcontinental records than any other woman.

August 12, 1914 Marjorie Stinson became the ninth American woman licensed to fly, following her sister Katherine, the fourth to gain her license. Flying became a whole family affair when the Stinsons moved to San Antonio, Texas and opened a flying school with their brother as chief mechanic and mother as business manager. Marjorie’s strict teaching style earned her the nickname “The Flying Schoolmarm.”

August 11, 1911 Photojournalist Harriet Quimby became the first American woman to earn a pilot’s license. As soon as the ink dried on her new license Harriet toured  the U.S. and Mexico, performing in air shows in a shocking purple satin flying suit.

August 10, 1945 American Ann Wood-Kelly received the Kings Medal for contributions to the British during WWII. She ferried more than 900 aircraft for the Air Transport Auxiliary, the British version of the U.S. WASPs. After her return to the U.S. she became the first female Vice-President for Pan American Airways.

August 9, 1980 Glamorous aviatrix Jacqueline Cochran passed away. Notoriously evasive about her age, Cochran was about 75 years old when she died. At that time she held more speed, altitude, and distance records than any other male or female pilot in aviation history. 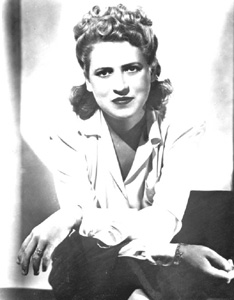 August 8, 2000 Michelle Jayne Goodman was appointed British RAF pilot officer. She went on to fly helicopters and became the first woman to receive the Distinguished Flying Cross for her service in Iraq.

August 7,1942 The movie Parachute Nurse was released, starring Marguerite Chapman. The film was modeled on the USAF’s distinguished Flight Nurse Corps but the tag line was Sharp-Chutin’ Lovelies… Doing Their Daring Bit For Uncle Sam! 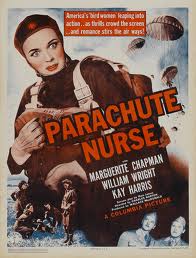 August 6, 1999 Joanne Mein became the first woman to fly in a military precision flying team when she flew over Brisbane as a member of the Australian Air Force Roulettes. 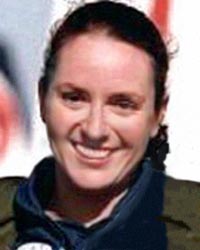 August 5, 1931 After many years in the air, parachutist and balloonist Kate Paulus made her last balloon flight at age 63. Paulus’s career  bridged pioneering flight to stratospheric exploration. 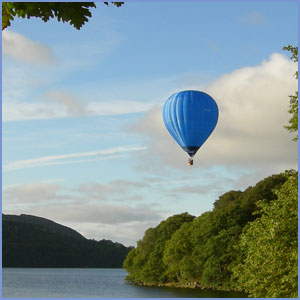