I’ve had a crazy busy month of May and for the first time since last August got off track on posting a woman’s aviation milestone every morning. Today I’m officially jumping back on the ‘er biplane and jetting forward. So without further ado here are some milestones we’ve missed-

April 30, 1928 Bobbi Trout soloed. She earned her pilots license two weeks later. The next spring she dueled with Elinor Smith for the longest flight by a woman.

May 1, 1994 72 year old flight instructor and former WASP Margaret Ringenberg left Montreal with passengers Adele Fogle and Deaphne Schiff to compete in the Round The World Air Race.

May 2, 1988 The movie The Taking Of Flight 847: The Uli Derickson Story aired on NBC. The film chronicled Derickson’s heroic negotiations to save a planeload of passengers from hijackers.

May 3, 1913 Alys McKey Bryant flew an exhibition flight before the Prince of Wales.

May 4, 1814 Sophie Blanchard and her balloon lifted off from the Pont Neuf to celebrate Louis XVIII’s return to the French throne. The appreciative king named her “Official Aeronaut of the Restoration.” 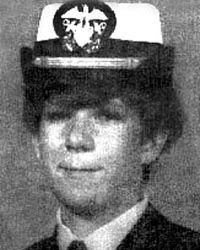 May 5, 1990 Flying a A-4 Skyhawk, Navy Lt. Shannon Lee Workman was carrier qualified aboard the USS Lexington. 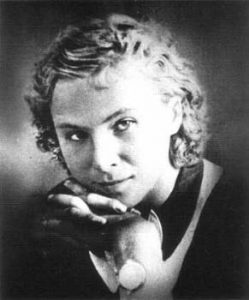 May 6, 1990 Soviet President Gorbachev awarded Lydia Litvyak as Hero Of The Soviet Union and posthumously promoted her to lieutenant. Litvyak was one of only two female flying aces in WWII. 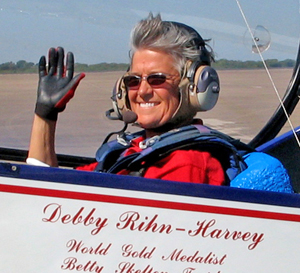 May 8,1934 New Zealander Jean Batten took off on an attempt to break the women’s speed record from England to Australia. She shattered the record in her Havilland DH-60 in 14 days, 22 hours. Beautiful and reclusive, Batten became known as the “Garbo Of The Skies.” 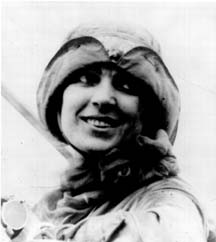 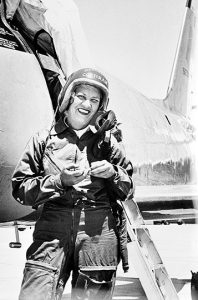 May 10 America’s first licensed female pilot, Harriet Quimby was born in 1875 and on the same date in 1906 record breaking pilot Jacqueline Cochran was born.

I’ve missed these ladies and I’ll be back tomorrow! Promise!!!