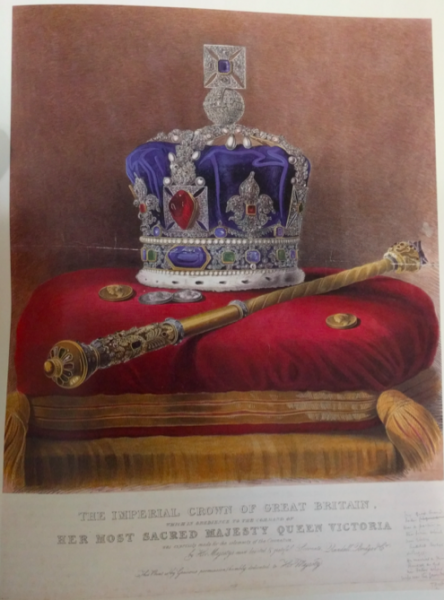 This poster hung in the window of the royal jeweler, Rundell Bridge & Co. bragging that they’d created the masterpiece crown “in obedience to the command of her most sacred majesty Queen Victoria.”

The Queen was amused. 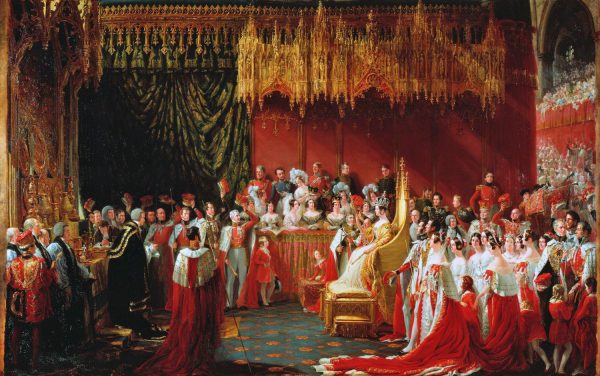 We can see paintings to find out what the coronation looked like.

We can read accounts, like Queen Victoria’s own diary, to find out what was planned to happen — and what wasn’t. For example, when 82 year old Lord Rolle tried to climb the stairs to bow to the new Queen he tripped. Victoria herself wrote that he “rolled right down, but was not the least hurt. When he attempted again to ascend the steps, I advanced to the edge, in order to prevent another fall.”

With great research we can discover that, too… so we can almost experience Victoria’s coronation for ourselves.

This is the music played for Victoria’s coronation. 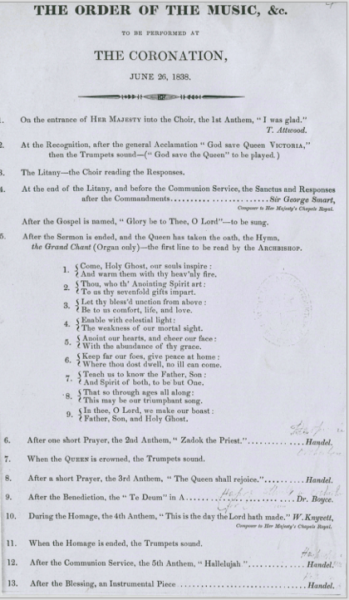 And this is how it sounded- listen to Victoria’s Perfectly Purple Coronation for yourself!